Being able to go to Gran Canaria felt like a real treat, after having just survived the work craziness of January & February. Too little sleep, stomach issues, stress-related injuries in my legs, and (so it felt like) little focus on running had finished just in time before Gran Canaria. I was most of all sooo much looking forward to being out in the mountains and seeing some sun again. My goals for the race were to enjoy, to finish within 12 hours, and to enjoy some more.

I only arrived a day in advance, which turned out to be a day in which nothing went according to plan. The car I hired had lots of body damage and it took a while to leave the airport, then I couldn’t find the AirBNB I was staying at, then I needed to visit a supermarket, and I still needed to collect my race bib. I had emailed the organisers that I would be late, but I don’t think they expected me to turn up at 10.30pm. So when I arrived at race base (Expomeloneras) there was no-one there anymore! Oh oh, I already saw this all turn into one big disaster where I wouldn’t even be able to start the race.. But finally finally finally after about an hour of searching I got hold of the right person. Few! I was actually going to start! When I got home I still needed to pack my bag etc, so I don’t think I got more than half an hour sleep before having to wake up again to get the coach to the start. Oh well, I think I participated in rather more than fewer races that had a similar start with almost no sleep so I wasn’t too worried.

I wasn’t quite sure how I would do, and thus decided to start right at the end of the sub-12 hour box. The race started with great vibes and I felt really good from the beginning. We covered only a very short bit of tarmac before entering narrow single tracks. Unfortunately the tracks were too narrow to overtake one another, and it was too muddy and slippery to go fast. And so it turned out that we were hiking the first km or so. I was a bit annoyed with myself for entering too far into the sub-12 hour box, because, once we got into a sort of jogging pace, the tracks were too narrow to overtake one another and were thus all stuck with the pace of the slowest in front of us for the first few kilometres. But once the tracks got wider I finally managed to find my own pace, and I felt good.

The scenery was BEAUTIFUL. Did I say beautiful? It was amazing. I think the advantage of arriving so late on Friday was that the whole event was one big surprise. It was already dark by the time I arrived on Friday, and thus I didn’t have a clue what the island looked like or felt like. I looked up the weather forecast on Friday and was surprised to see that it would only be about 12 degrees or something. For me that was great news, because I didn’t have a chance to get used to the sun. I was also surprised to see mud. I expected a dry and rocky island, but especially the first part of the race was very muddy and the first decent was slippery with mud-covered round rocks. Lots of southern European people around me were complaining about the cold, but I found the temperature just right. I was anyways not going to complain because I doing what I love most: running!

Most of the race was quite technical. The ascents were steep, which I love. I hate going up semi-steep terrain where it’s too steep to run and too little steep to hike. When it’s steep, you know there’s only one way up: powerhiking!

Everybody has a talent for something, and I think my talent is for getting off-track. I almost always get lost, which I find the most annoying thing in the world, but I guess it's part of me. I remember thinking, some time after leaving Teror, that this stage should only contain climbing. So why was I descending? It was only a glimpse of a thought and I carried on following the people in front of me, for which I needed all of my attention because the terrain was very steep. Suddenly the people in front of me stopped. There were no waymarks anymore. Damn it!! We realised we got off-track, and had to powerhike all the way up again. I was very annoyed with myself to let this happen again, and also to have lost some 15-20 minutes with this. I was annoyed for a little bit but then told myself this was ok, this is just part of my story, and the reason I was there was to enjoy. And so I did. The sun heated up the skies, and I was amazed to see someone put on gloves and a jacket, when I started to enjoy the sunshine.

My descents weren’t bad, but they haven’t been the same like they used to be. For some reason, some time last year, I got a bit afraid to descend. That means: I didn’t dare to go as fast as I would normally have done. Going downhill has always been my secret weapon, but I haven’t been able to use that secret weapon for about a year now. Someone told me that is a result of getting older. I never believed that. During the Trans Gran Canaria I showed myself it is not a result of getting older, but that it was only a switch in my head that needed to be turned. At some point after Garanon I found myself running just behind a Brazilian woman. She was struggling in the downhill, because this was her first technical race. So we were running together for quite a bit, and then we were overtaken by another woman. At that point I decided this was getting ridiculous. And so I turned the switch in my head. HALELUJA! I arrived at Tunte just after the woman that had just overtaken me, and after a quick climb I did it all again, now catching more and more people. WOW it felt soo good! Strava tells me that in some parts I even descended faster than Charoline Chaverot in her win last year. Ha well THAT’s a thing! I got so much energy from the fast descent that I was still running all the uphill after Ayagaures too. I tried to encourage people who were hiking, but unfortunately no one wanted to run with me. We were running through a super beautiful valley in a dry river bedding. I came across a man who did the 125, and I managed to encourage him to run with me. He and another man ran behind me and we formed a train. This was nice. I felt good, and being able to help this guy run faster gave me energy too. When I started to struggle we took turns taking over, and sometimes it was nice to just follow someone else’s footsteps and rhythm for a while. We overtook another woman, who joined our train as well. Unfortunately I ran out of steam at some point and really needed some fuel. I had to slow down a bit and had to let ‘my’ train go. I found it hard, mentally, to get going again at the same pace as we were before. With only 10k to go, the terrain started to get really boring. We were running on a man-made dry river bedding, and my feet were fed up with the uneven terrain. I missed the people around me, but somehow managed to cheer myself up and to keep going. 5k. 3k. The last kilometres didn’t come on their own. I was on my own and it was boring, but I told myself that this would be over sooner, the faster I ran. Onto the street. 1k. I heard the sound of the finish line. People were cheering the athletes on for their final meters, there was music and great atmosphere.

I saw the clock. 11.40, 12th woman, 10th in my category. I did it! I was so super happy with this result, and with this finish. I had enjoyed it LOADS, man man Gran Canaria is BEAUTIFUL!; I didn’t feel any of the leg/foot/bum issues I had had (thanks to Megan from Fit Again Sports Therapy); I didn’t roll my ankle (also thanks to Megan); I felt good from the beginning until the end, AND I knew how to descend again! I was so happy, this race really felt like a win-win-win to me.

The other Dutch athletes I know had done well too. Huub had finished a super nice 4th, Peter had an amazing PR of 3.5 hours compared to last year in the 125, and finished 2nd in his category, 42nd overall, Arjan was also happy with his result for the 125, and for being able to run injury-free now. And Marjolein finished a brilliant 4th in the 265 race. Celebrations happened the next day with lots of food, sunshine, laughter, beach, bbq & party. It was so good to spend the day with crazy like-minded people. Trail runners are one of a special kind.

Thanks everyone for your support and enthusiasm. I’m grateful to be surrounded by so many special people who are encouraging me, inspiring me, and/or so enthusiastic about this beautiful sport. Thank you. I can’t wait to run again in the Trail du Petit Ballon 19th March!

We love ultra trail running. For us, it's the ultimate feeling of freedom. Running for hours and hours whilst discovering new areas. Stunning views. Pushing limits and still enjoying every step. This is trail running. 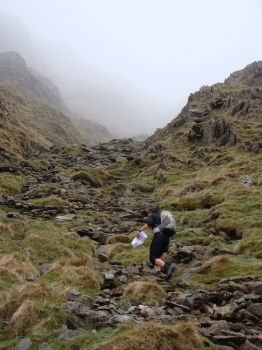